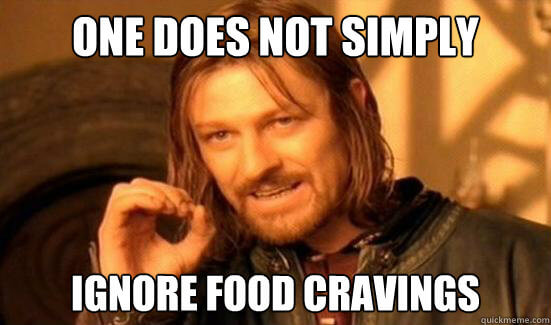 Happy New Year, everyone!   I spent my New Year’s Eve and New Year’s Day at a wellness retreat in upstate NY. It was essentially Fat Camp, because the goal was to get you to lose weight. I don’t have to lose weight, but, like any girl, I get excited when I drop a few pounds and thought it might be a fun adventure. I also didn’t have a New Year’s Eve Date, but you already knew that because I just wrote that I went to fat camp instead.

ANYHOW, it might have been the most bizarre wellness retreat I’ve been to, and I’m still trying to figure out if I enjoyed it or not. The retreat also included “detoxing,” which, if you know me, you’ll know that I think “detoxing” is a fancy marketing word for utter bullshit. But this experience may have softened my views a tad. I don’t know. I’m still figuring it out.  Either way, I will have an entire blog post on it once I finish my outline, finish uploading photos and finish replenishing the camp’s mandatory caffeine deficit.  Holy crap, that was hard. Like, I was so zombified that zombies were taking notes.

You might have kicked off your 2016 with a New Year’s Resolution. Lots do. I used to think it a cheesy practice, and my ego would tell me that I was above New Year’s resolutions. My ego was stupid. It’s never cheesy or dumb to try to improve yourself and if you need a global holiday to do it, then so be it.

This is the first New Year’s I actually made a resolution. A few, actually. They’re private, which may surprise a few folks, and I’m keeping them that way, because I don’t want to get loaded down with a million bits of wisdom on how to accomplish them.

Common New Year’s resolutions are to quit smoking and eat healthier. You should decide to do both if you haven’t yet. Smoking will kill you. Second hand smoke might kill someone you love. My dad, a veterinarian, even sees higher rates of lung cancer in the dogs and cats of owners who smoke.

Eating bad will also kill you. The addicting western diet and all of its colorful sugary concoctions and glistening fat won’t help you. It will be hard. Very hard. We are tempted by unhealthy foods all of the time.

When I struggled with bulimia, food cravings were my nemesis. The disorder may arise due to a feeling of being out of control, but after a while, feelings of control had nothing to do with it. The physiological craving to binge and purge and the psychological dependence on the dopamine-driven high after purging are what fueled me. If I didn’t start to treat myself as an addict and figure out how to overcome cravings, I would have never beaten my eating disorder.

The best advice I received on cravings came from a psychiatrist. Not my psychiatrist. My psychiatrist probably became a psychiatric patient after me.  It was a psychiatrist I met at St. Elizabeths Hospital in DC, which used to be known as the Government Hospital for the Insane. I was there completing an elective rotation in the maximum security forensic psychiatric unit.  All of the patients had committed big crimes but weren’t in jail, because they had been declared criminally insane. So they got drugged up good and sent to Saint E’s instead. I didn’t learn much while I was there, except the gem on cravings, and the best part of the entire experience was probably chatting with John Hinckley, who’s ordered to stay there since he tried to assassinate President Reagan in an attempt to impress Jodi Foster. He’ll probably be there for life, but having been deemed nonviolent by his doctors, he’s able to wander freely around the hospital grounds. I rather liked the guy because he had a soft spot for the surrounding stray cats. I always saw him feeding them during lunch.  I know he tried to kill the President, but if you take care of stray cats, you’re A-OKAY in my book.

I digress and back to cravings: During one afternoon lecture, a female shrink gave a dynamite lecture on addiction. During her lecture she said, “Every craving is a bell-shaped curve.”  It sounds so simple. SO simple. But it’s SO right and SO helpful. A craving is exactly like 99% of all natural phenomenons that follow the bell-shaped curve. It creeps up on you, it starts to rise, it gets really HUGE, it hits a peak, starts to decrease, and gradually subsides to zero. That metaphor is what guided my method for defeating my bulimic cravings once and for all, and I think others can use the same metaphor to help them defeat their cravings too, no matter what you crave. ( Although crack, heroine and The Kardashians are probably harder cravings to beat.)

There are a million suggested ways for beating cravings. A lot of what works is trial and error with different combinations of craving-defeating methods and, eventually, an overall, constantly changing plan that is individually tailored to YOU. (Did you follow that? If so, good, you’re clever ;)).   Your plan may change day to day, hour to hour, minute to minute, and what works for you may not work for someone else. However, no matter what you do and what you try, you have to start to build a toolbox to help you get over the craving’s uphill so you can enjoy the smooth sailing on the downhill.  Okay, it won’t be smooth sailing. It never is. But it will get easier and easier each time you learn you can actually and authentically defeat your cravings.

My toolbox is jam-packed and on some days I have to pull out a tool I haven’t used in a while or even yet.  Scientific data and conventional wisdom aside, my motto is, “Whatever works, works.”   Even if the method is bizarre or completely outside the boundaries of the scientific method, I remind myself that sometimes science needs to catch up to how I feel.  Whatever works, works.

One tool I frequently use is the very Stress Relief and Anxiety Relief ZENTone Programs I created.  Without any serious effort on my part, the comfort of the ZENBand and the soothing sounds, rich in theta frequencies, completely relax me, encircle me and help me get over the hump.  I don’t want to sound too pitchy, and some of you might be annoyed at me for enthusiastically encouraging you to try my programs, but I don’t care. I know how hard it is to beat cravings, and I think you should try everything, even if  you discover that something doesn’t work. Life is short and you owe that to yourself. Plus, I made these programs so affordable that price should not be an obstacle nor an excuse.

In closing, consider trying our ZENTone programs to help you beat cravings and achieve your New Year Resolutions. Try other stuff too, but be careful that you don’t take the 13th step. That’s when you replace one bad thing with another bad thing to avoid doing the first bad thing. Hopefully, if you can read, you’ll see why that’s a bad thing.

Thanks for reading, as always, and Happy New Year.  This is YOUR year, if you want it to be.   – Eeks 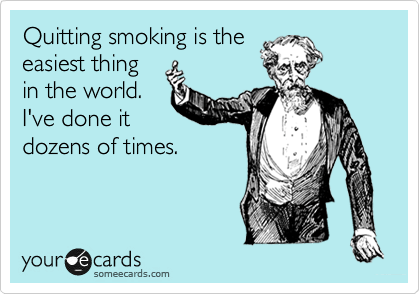 2 Responses to “New Year’s Resolution to Quit Smoking or Eat Better? Try our Programs! Or Read Anyway to Hear a Fun Fact about John Hinckley”