This blog was written by Erin Stair, Md, Mph (Dr. Eeks) and founder of Blooming Wellness, ZENBands and ZENTones.  🙂 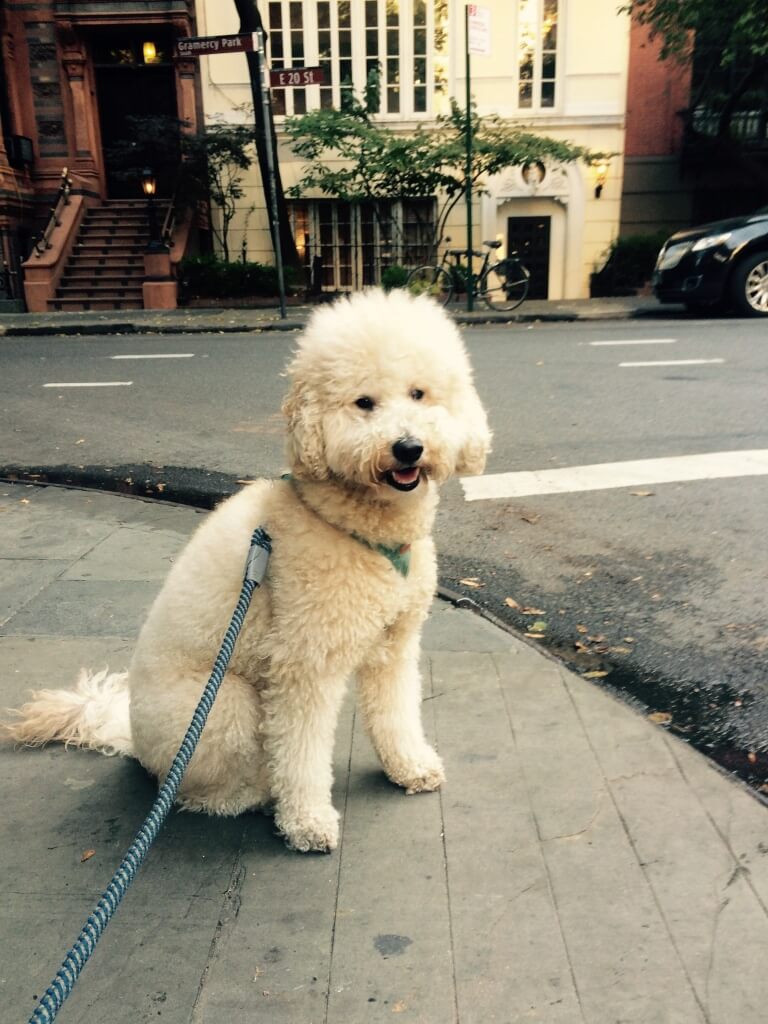 I’m Erin, owner of Barnaby, a two year old, ridiculously happy, goofy and friendly golden doodle. He is my first dog in New York City, and he significantly improves my health and wellbeing.

Barnaby makes me fitter. He forces me to walk him three to four times a day which has been excellent for my glutes, thighs and tummy, since getting off my butt burns calories. Barnaby also isn’t well trained. At all. I didn’t teach him that I was the boss or that he needs to walk by my side. If you see us walking, Barnaby pulls me as if I’m an upright heavy corpse who’s late for my own funeral and will never make it before the coffin closes if not for Barnaby’s rigorous effort. His pulling causes me to walk faster, sometimes trot or even sprint past bemused pedestrians shouting, “Who’s walking who?” All of that burns calories and is excellent for my waistline.

Barnaby is insistent on sniffing and eating all of his favorite things, including half-eaten sandwiches, loose, crumbled tissues with strange boogers, hours-old vomit, and mice corpses. I don’t want Barnaby to retrieve any of those dead or viral things, nor can I sell or disown him mid-walk without having PETA on my back when he does, so I maneuver my body in a sort-of Warrior II stance, tighten my core and yank my furry marshmallow as hard as possible while letting out a guttural “NOOOO!!” That not only burns calories but it tones you, makes you stronger, makes you better at yoga, and improves your reaction time to morbid and disgusting surprises.

My golden doodle has built me a social network that puts MeetUp to shame. On the crowded New York City sidewalks, where most people seem severely allergic to having conversations with each other, Barnaby made me friends. Most of my friends are fellow dog owners, because most dogs tend to greet each other, often by immediately burying their faces in each other’s crotch. Such intimate canine encounters make it virtually impossible for us owners to not at least half-nod at each other. Quite frankly, I don’t want to be friends with the person who has the resolve to ignore me while our dogs get to third base. I file those moments under “Montague and Capulet,” stare at the squirrels, and get on my merry way as soon as Barnaby loses interest.

Some of my dog owner encounters have evolved into great friendships. Others remain sidewalk banter about trendy dog coats, dog park and groomer horror stories, and the craziest things our dogs ate that week. While I often forget the dog owners’ names, I know all of their dogs’ names and follow most of their dogs’ Instagram accounts. #CrazyDogPerson.

Walking my dog in New York City kills Tinder. Barnaby’s a man magnet. Not only do I get to know these guys without being committed to carb and caffeine loading with cream-cheesed bagels and bladder-antagonizing cups of coffee, but they all love animals too. This means there is less of a chance they are Ted Bundy reincarnates, since the psycho triad is bed-wetting, fire-setting and hates animals. One woman even told me that Barnaby was going to find me a husband. I believe her, and my only hope is that he has better sense than I do.

Barnaby has improved my coordination way better than yoga and my brain power much more so than Luminosity. When I’m walking him on his leash, he will often start playing with another leashed mutt. Invariably, things get tangled. Dogs get stuck under legs, behind trees, underneath other dogs, while leashes wrap around human limbs like boa constrictors. Most dog owners don’t want to let go of his/her dog’s leash (because of buses, cars, scooters, etc.) so human-dog puzzles emerge. This scenario tests my coordination and IQ every time. I’ll ask myself, “How do I get out of this mess without losing a finger or a dog?” Then I try solving the puzzle while giving directions to the other human member of the puzzle, “Okay, if you just rotate counterclockwise while lifting your right leg over Barnaby’s leash…,we’ll almost have it.” I even have levels for these puzzles. Level one is only holding Barnaby’s leash. Level two is holding Barnaby’s leash and a poop bag. Level three is holding Barnaby’s leash, a poop bag and a cup of coffee. Level four is holding Barnaby’s leash, a poop bag, a cup of coffee and my phone between the bottom of my ear and my shoulder. I try to stay away from Level 4, but every time I beat it, I tell myself I’m a Ninja. 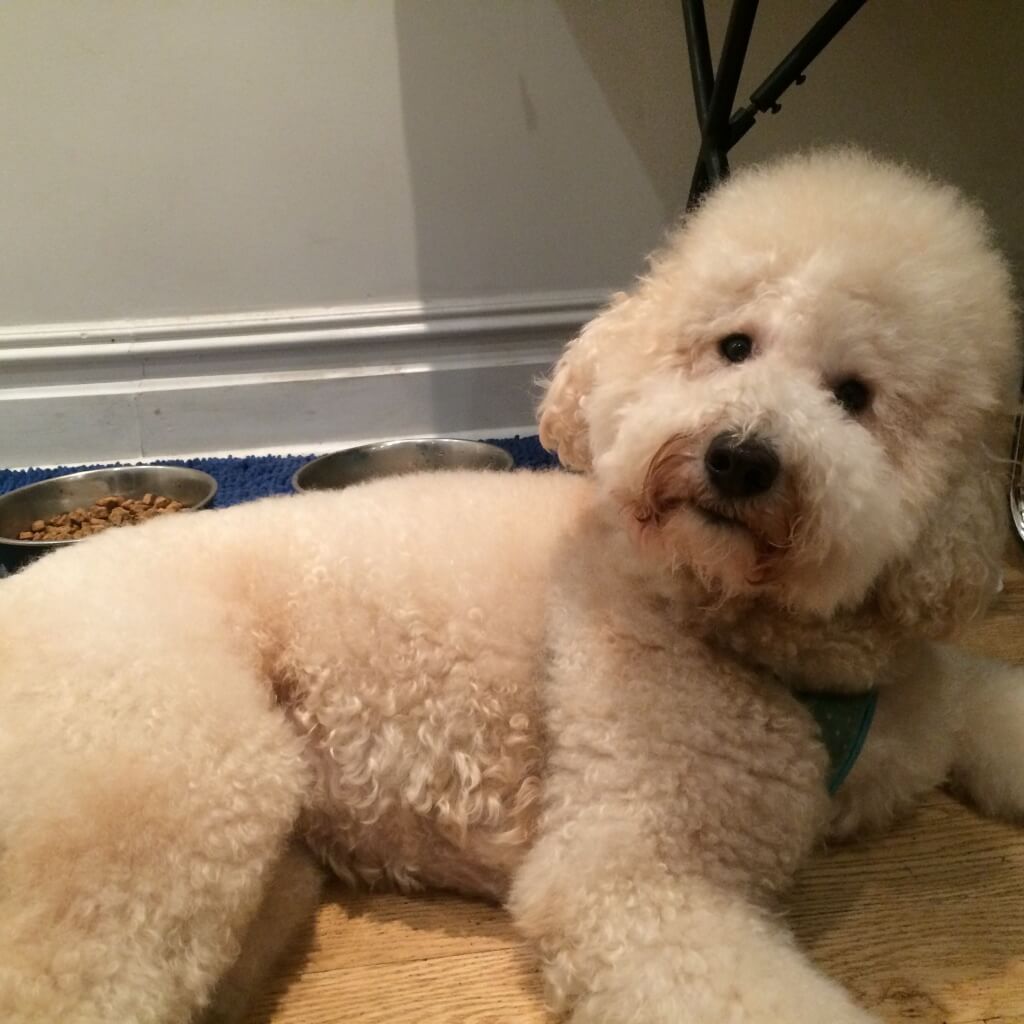