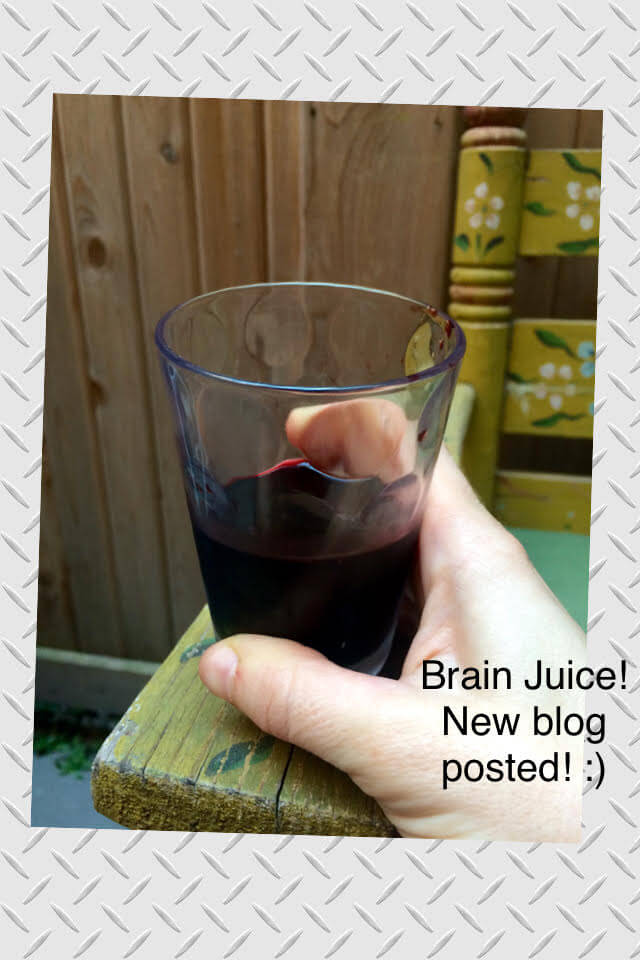 I just started drinking Black  Currant juice made from “Blackadders,” types of black currants from New Zealand.  Usually after I eat lunch, I crave something sweet.  I always try to eat fruit, and now since I am trying to introduce Black Currant juice as a permanent part of my diet, I’m alternating between the juice and regular ol’ fruit.  So what’s up with Black Currant?

A recently published study conducted by the company, Plant & Food Research, shows that Black Currant juice helps regulate dopamine and serotonin, two important neurotransmitters, in our brain. The study involved 36 adults, ages 18-35, who were divided into three groups. One group drank black currant juice, another group drank blackladder and the control group drank a placebo.  Then the adults were tasked with a variety of mental challenges.

The researchers observed that those participants who drank Blackladder and Black Currant showed a significant improvement in  precision, attention and mood over the placebo group.  They also felt less fatigued than the placebo group.  Even more interesting is the blood results.  Blood draws were taken from the three groups and showed that the enzyme, Monoamine Oxidase  (MAO), that is responsible for the breakdown of dopamine and serotonin, significantly DECREASED in the group that drank Blackladder juice.

Diminished amounts of dopamine are associated with Parkinson’s disease, so perhaps adding Blackladder juice to your diet will help ease the symptoms or act as a preventative aid if you have a genetic inclination or you are exposed to pesticides and herbicides, speculated risk factors. Depression,  also a symptom of Parkinson’s disease, is associated with low levels of serotonin and the World Health Organization has stated that major depression will be the second leading cause of disability by the year 2020. That’s huge. Hence, perhaps folks who are depressed or have a family history of depression should consider adding Blackladder to their diets as well.