Many people are turning to natural supplements and teas to treat their anxiety issues, since a lot of the medication has nasty side effects.  This blog covers Kava-Kava, its side effects, profile and pertinent research. Though research traditionally lags behind in the realm of alternative and natural, mental health, smaller studies have been conducted and are noted below.

KAVA ( KAVA-KAVA), a plant from the pepper family and native to the South Pacific where it is often used as a ceremonious and narcotic drink.  Early Europeans used to call KAVA, “Intoxicating Pepper.” Sounds like fun, right? 😉

The recommended daily dose for treating anxiety is 60-120 mg/ day, and many people recommend taking it with coconut, soy or regular milk for a better taste.  Some people really hate the taste and therefore can’t reap the benefits.

There are 11 controlled studies, though most dating back to the 1950-1960s, that show it superior to placebo in treating anxiety. One 6-month, double-blind study in Germany tested Kava’s efficacy in 100 people diagnosed with varying anxiety disorders.  Patients were evaluated with the Hamilton Anxiety Scale (HAMA), which assigns a score based on the presence or absence of anxiety symptoms, such as restlessness, nervousness, heart palpitations, dizziness, stomach discomfort and so on.  Patients given Kava noted a considerable improvement in decreased anxiety symptoms beginning at 8 weeks of treatment and continued to improve with very little side effects. This suggests that Kava’s therapeutic effects are delayed, however other studies have noted improvements in as little as one week.

A more recent randomized, 8-week, placebo-controlled, double-blind study conducted by Boerner in 2003, compared the effects of 400 mg of Kava, 10 mg of Buspirone and 100 mg of Opipramol in treating anxiety in 129 patients. No differences were noted in safety or efficacy. Results showed 75% of participants responded  ( A 50% reduction in the HAMA scale) in each group and a 60% remission rate for each. It was concluded that Kava extracts were as effective as the two commonly-prescribed anxiolytics, Buspirone and Opipramol, in treating out-patients with generalized anxiety disorder.

Many people use Kava when discontinuing benzodiazepines, medication that can be highly addicting and habit forming.  A 5 week, double-blind, placebo-controlled study evaluated 40 people taking benzodiazepines for anxiety.  Participants were gradually tapered off of their medication and switched to Kava or a placebo. Those switched to Kava showed continual improvement in anxiety symptoms, although those switched to placebo showed little to no increase in anxiety symptoms, indicating that Kava’s role in tapering patients off of benzodiazepines needs to be further explored.

A Note of Caution: I NEED to point out, however, that the recommended daily dose of Kava does not exceed 120 mg by any standard. If you note the dosage used in the Boerner study, its 400 mg a day, which is much higher than the recommended dose.  The reason the recommended dose of Kava is so low is because there has been reports of KAVA causing rapid liver failure.  In fact, in 2001, the British Medical Journal published a case study of a man who took 3 to 4 capusles of Kava per day.  Within a month, his liver enzymes were elevated, his bilirubin skyrocketed and he was intubated with stage IV live failure and encephalopathy.   There have been several other case reports implicating Kava as causing liver failure, however, a direct causal link between Kava and liver failure has not  been proven. All of the case reports show the liver toxicity occurring 2-3 months after starting Kava, which is a relatively long time for a drug ( or any substance) to lead to liver toxicity, and all of the case studies involve patients who may have been taking other substances that lead to liver damage.  Also, in the South Pacific, where bowls of Kava are commonly drunken, people can ingest up to 800 mgs of Kava a day and show no signs of liver toxicity.  Still, since Kava’s potential liver damage remains questionable, I recommend never exceeding 120 mg a day. At those doses, I do not believe any cases of liver toxicity have been reported.The U.K and European markets  banned Kava in the early 1990s due to its potential liver toxicity, which proved devastating to the South Pacific market. At that point, and partly to restore the Kava market,  research teams were established to determine whether or not Kava was safe.  These teams discovered that more than 200 varieties of Piper Methysticum exists, and some are classified as “Noble Cultivars,” which are the ones used as traditional drinks in the South Pacific, where people seem to drink Kava and avoid liver issues.  What’s important to know about the Noble Cultivars is that they are plants that are at least 5 years old, and their roots are entirely peeled before using.  When the demand for Kava became high, younger plants were often shipped overseas, unpeeled roots were used in herbal preparations and ethanol-based solutions were used.  It was cheaper to do it this way, but some speculate that these particular exported versions of Kava are reasons it became toxic for the liver.  A study conducted at the Institute of Health and Biomedical Innovations in Australia showed that the root peelings were higher in alkaloids, which may have toxic effects in the liver. Also, ethanol-based solutions may be at the root of  potential  toxicity. Therefore ( And here’s the take home point): If you are going to use Kava effectively to reduce your anxiety, use an herbal preparation that is :

1) Water-based
2) Uses ONLY PEELED roots from the rhizomes of Noble Cultivars
3) Do not exceed 120 mg per day.

Other reported side effects include headache, rash,GI distress and dizziness.  It’s also recommended that Kava use is avoided in alcoholics, those with underlying liver disease, those taking benzodiazepines, anti-psychotics, levodopa for parkinson’s disease and pregnant patients, as its effects in pregnancy are widely unknown.

Hope this helps you understand KAVA a little bit better.


As always, feel free to email me if you have any questions!

Drinking bowls of KAVA. They look pretty mellow to me. 😉
And here’s today’s dose of Nature Therapy, which always always always helps alleviate anxiety.  I took this picture while out on a run after an early Spring flood.  The Cherry blossoms were flooded, and I captured this dream-like image: 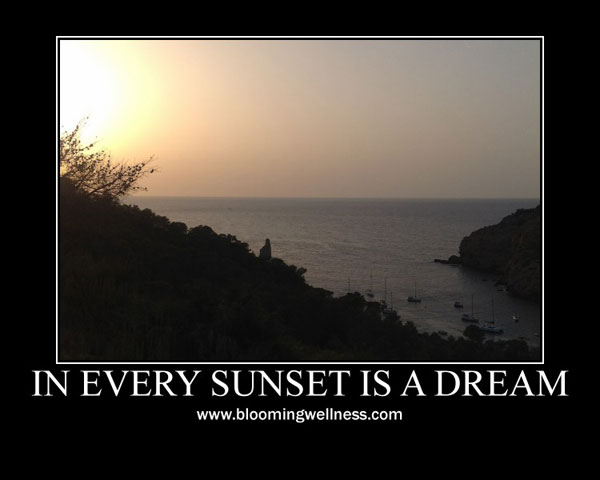 2 Responses to “KAVA-KAVA, a Natural Treatment for Your Anxiety: Here’s the Scoop and the Sprinkles:”